From Patient to Promotora: The Story of Nora Vigil

Nearly two decades have elapsed since Nora Vigil first arrived in El Cerrito, California from her native Peru. For years, she struggled to assimilate into what she calls the “American way of life.” However, when she joined Mujer, Salud y Liderazgo, a women’s empowerment program sponsored by the Latina Center in Richmond, she began to feel like she truly belonged.

“For my first few years here, I tried to adapt to this new country,” Vigil said. “Becoming a part of Mujer, Salud y Liderazgo really helped me go back to my roots and recognize the issues in my Latino community.” Awareness of these problems compelled Vigil to become a facilitator for sub-programs on topics such as domestic violence, mental health, and unemployment. Currently, she serves as a board member for the program. 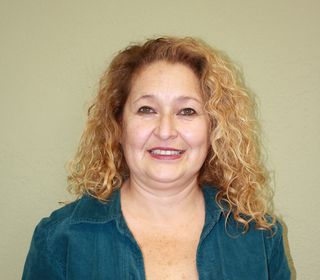 Although she did not know it at the time, Vigil’s experience as a Mujer would be a major influence on her decision to join the community health movement. When private insurance premiums became too much of a financial burden for Vigil and her husband, they were referred to LifeLong Brookside Community Health Center by a friend who was also a patient advocate for the clinic. Vigil and her husband were extremely satisfied with the high-quality, affordable care that they received at LifeLong. After three years as a patient, she decided that it was time to give back.

An opportunity to do just that presented itself when LifeLong partnered with Community Clinic Consortium to launch the pilot Health Promoter Program in the summer 2012. The 10-week leadership training program is designed to build the capacity of LifeLong patients to become educators and advocates for their community. Upon completion, trainees become certified volunteers and commit to a minimum of one year working as a LifeLong Health Promoter.

“Patients make good health promoters because they know what the community needs and the kinds of services they should receive,” said Vigil, who graduated with the first cohort of Health Promoters on August 22, 2012.

Her cohort identified diabetes as the highest priority health issue, followed by obesity. According to Vigil, LifeLong addresses these concerns by providing diabetes education classes for its staff members, along with Cooking Matters courses on healthy eating habits and culinary practices. Through programs such as these, health promoters are given the opportunity to work with the community, which Vigil says is the most rewarding aspect of being a promotora.

“As a health promoter, I can be a resource for future generations,” Vigil said. “[When I first joined the program], I was thinking more about myself and my own health but now I realized how important it is to lead the community for the rest of the women and for the future generations.”

And planning for the future is just what Vigil aspires to do as the new Assistant Coordinator for the Health Promoter program, which is currently seeking members for its second cohort. In addition to her work as apromotora, Vigil is the LifeLong representative for the Healthy Richmond Hub Steering Committee, which works to improve the health and safety of all neighborhoods in Richmond, California. She also serves on the Greater Bay Area Committee within Vision y Compromiso, an organization that partners with community health workers to increase access and improve quality of bilingual and bicultural health care for Latinos. Through her journey from patient to promotora to community advocate, Vigil hopes that her passion for health equity and her dedication to her community will inspire others to follow suit.